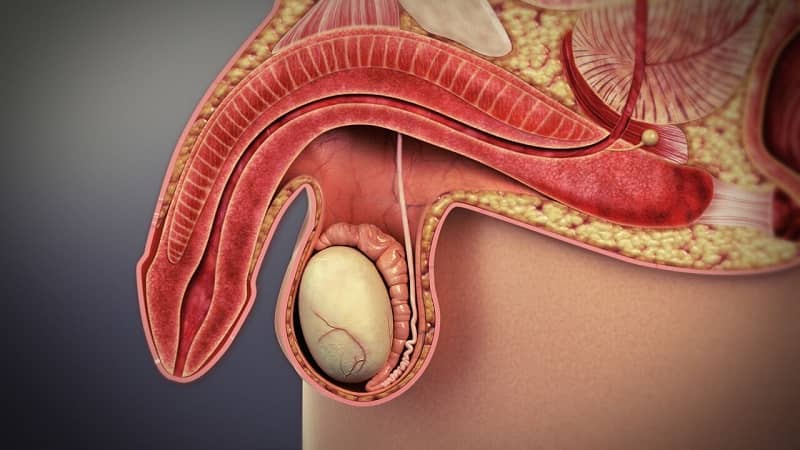 Sexual diseases are rising abruptly these days. However, there are many men who don’t open up about these diseases.

For such men, here we have a blog on one such disease – The Peyronie’s Diseases!

It is one of the most talked-about sexual diseases.

Peyronie’s disease affects your penis leading to many problems like erectile dysfunction, and premature ejaculation.

In simple words, it sums up many diseases under one name – Pyeronie’s Diseases.

Thus, if you are also suffering from such a disease or want to confirm whether the erectile dysfunction you are facing is a sign of Peyronie’s Diseases here is a blog for you.

The following sections focus on the signs, causes, symptoms, and treatment of this sexual disease.

We also suggest some natural remedies for treating this disease if by any chance you don’t trust medications.

So what are you waiting for?

Let’s get started with What does Peyronie’s disease looks like?

What is Peyronie’s Disease?

Peyronie’s disease is quite famous as the curvature of the penis. It is a condition that sees the penis bend abnormally whenever it’s erect.

It is one of the causes of erectile dysfunction which leads to a man having trouble with getting an erect penis.

Peyronie’s disease is mostly caused by fibrous scar tissues that develop under the penis’ skin.

However, this disease is quite common in men.

But it is quite important to differentiate a normally curved penis from a Peyronie’s case. It’s quite common to see a man’s penis bend when erected. But when this bend causes pain and is quite severe, then it might be a problem.

There are many negative effects of Peyronie’s apart from erectile dysfunction.

There are two phases in which this disease occurs:

The primary phase which is commonly known as the acute phase lasts about 18 to 24 months. This phase sees the highest level of pain.

The second phase is chronic pain which starts after the first symptoms that mean after 18 to 24 months. The chronic stage sees refractory to treatment and might develop into large calcium deposits.

Since now you have an idea of what the disease is, let us move towards “What causes Peyronie’s Disease?”

The causes of Peyronie’s diseases are not yet fully understood.

However, mostly it is caused because of damaged small blood vessels. The damage could have happened because of sex, sports, an accident, or a severe blow!

The cells get trapped under the skin where the injury takes place, leading to scar tissue.

The penis is made up of two tubes on each side, which is known as the corpus cavernosum. It has got sponge-like tissues in it. These tubes are filled with small blood vessels or capillaries. When a man gets sexually stimulated, these capillaries get filled with blood leading to an erection.

These two tubes are further surrounded by an elastic tissue called the tunica albuginea.

However, if proper treatment is taken, this can be suppressed.

But there are many men who went through penis injury but have no signs of Peyronie’s disease.

With that being said, let us look at some factors which cause hindrance in proper healing of tissues and lead to Peyronie’s disease:

Since now you know the causes, let us now see which section of people are more likely to get this disease.

Who Can Get Peyronie Disease?

Mostly, Peyronie’s target middle-aged men, but both younger and older generation c=men can also come under its target.

Moreover, if you encounter this disease at your younger age, there are chances that it grows as you age!

The signs and symptoms can either come into notice gradually or appear abruptly.

One of the most important symptoms that it shows is the curvature of the penis!

The penis starts bending either sideways, downward, or upward. It all depends on where the plaque is.

In some cases, the erect penis becomes narrow. In other cases, the penis bends more.

Some of the other key symptoms that you must look for to make sure whether it is Peyronie’s are:

Talking about the treatment, it is quite important to understand how a doctor would diagnose if you are suffering from this sexual disease.

How does a doctor diagnose Peyronie Disease?

The first thing to do when you see a symptom of Peyronie’s disease is to visit a doctor!

You need to talk to your doctor about any physical injury that happened before you started seeing such symptoms.

Next, your doctor will examine your penis for any scar tissues or lumps beneath your penis skin.

However, your penis doesn’t need to be erect for the examination. And if by any chance it has to, then the doctor will inject a medicine that will make it happen.

You might also need to get an X-ray done! So be prepared for it!

In some cases, when the doctor is not sure about the physical examination, he might ask for a biopsy.

This is how you are diagnosed with Peyronie’s disease.

But the question is, can this disease be treated?

The answer is a big YES!

Peyronie’s disease is not to be scared off, as in most of the causes it gets cured without any medications or remedies.

In such cases, doctors usually ask their patients to keep their penis under observation for at least a year.

However, in severe cases, there are many medications, non-surgical options, lifestyle changes, surgery, and even natural remedies that could come into help.

Let us discuss each such solution in more detail below!

Sometimes doctors recommend their patients to go for medications, mostly drugs injected into your penis to treat Peyronie’s disease.

Some of these medications are:

Clostridium Hystolyticum – It has been approved by the FDA  for the treatment of Peyronie’s disease. It is mostly recommended by the doctors to their patients who are experiencing a penis bend at a 30-degree angle or more than that.

Injections – Injections are given to treat the curvature of the penis. This treatment can go on for several months. Interferons are used to break down the fibrous tissues.

Verapamil, a therapy medication is given to stimulate wound healing.

However, the usage of injections has not been practiced much.

Vitamin E and Potassium Aminobenzoate – these medications are used to reduce the pain but have no role in treating the curvature.

Tamoxifen – The medication is used to curb the pain and also in treating the curvature.

Next, we look at some of the non-surgical options for treating the disease.

Non – surgical options like the Iontophoresis is used to treat the disease.

In this process, an electrical current is used to deliver medicines through the skin.

Non-drug treatments that can be a future for Peyronie’s disease are:

Some of These devices are already available in the market and are receiving huge positive reviews from their customers.

Next, we look at the lifestyle changes that you can bring in to get rid of Peyronie’s disease without any chemical interference.

Lifestyle changes have been seen as a positive way of reducing erectile dysfunction related to Peyronie’s disease:

With that being discussed, let us now look towards the most important treatment of Peyronie’s disease – SURGERY.

A severe penis deformity has only one option and that is surgery. However, you must wait for at least one year before turning to surgery for the disease.

Some of the surgical solutions are:

However, if you want to dodge such surgical options, you can try the following natural remedies in your initial phase of Peyronie’s disease.

Most of the natural remedies that you find on the internet have not been well researched.

But we bring you those natural remedies which have been under proper studies:

Since you have complete knowledge of how you can get your Peyronie’s disease under control, let us show you some of the complications which you might feel because of this disease.

The major complication that the disease brings in is the problem of having sex.

You might experience both pain and the inability to have erections while having sex.

Apart from this many patients get depressed and under severe anxiety because of their inability to satisfy their partners.

Thus, it is quite important to consult a doctor when facing such issues.

Sexual diseases are becoming a common problem these days. But what’s making them more dangerous is the inability of men to speak about it.

One such disease that brings in a lot of trouble when not discussed is Peyronie Disease.

It is a disease that causes the curvature of the penis.

But that’s not all, there are many more sexual diseases that it brings with itself.

Some of them are erectile dysfunction and pain during intercourse.

Thus, to help men dealing with such a problem, we have curated our above sections.

These sections deal with everything from causes to the treatment of the problem.

Thus, make sure you have a read ahead and consult your doctor at the right time

PLAYSAFEX.COM IS AN AFFILIATE WEBSITE AND LIVE TO PROMOTE HEALTH PRODUCTS. WE AT PLAYSAFEX ARE  INTENT TO EARN COMMISSION BY PROMOTING AFFILIATE LINKS NOT TO DIAGNOSE, TREAT, CURE, OR PREVENT ANY HEALTH ISSUE.

Scroll back to top